"I'm for truth, no matter who tells it. I'm for justice, no matter who it is for or against.
I'm a human being, first and foremost, and as such I'm for whoever and whatever benefits humanity as a whole."
— Malcolm X

Humans for Peace Institution (HPI) is a worldwide non-political non-religious volunteer-driven organization dedicated to improving individuals and society. It is registered as a not-for-profit organization in Canada and as NGO with the UN. Its members are peace lovers who are inspired to work together for peace, social justice, equality, human rights, respect and implementation of international law. Since 2015 HPI had managed several humanitarian and educational services in Canada and around the world concentrating on children, youth, seniors, and women.

HPI seeks an end to wars around the globe; an end to violence against civilians; and seek peace and justice for all humans. HPI also promotes intercultural and inter-religious talks.

Proudly sponsored and fundraised for: 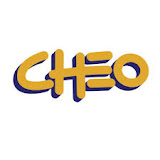